Why Are Homo Sapiens So Stupid?

Posted on September 20, 2018 by clairvoyanceetc

Humans make up 99% of the planets population. There are more than 7.7 billion of us and we continue to make all life forms extinct.

I had always hoped to be able to contribute to saving all non humans before I died. Doesn’t look very promising!

When I was a child I wondered what was wrong with me because  I didn’t think like everyone else.

I didn’t understand why money was all that mattered:

Or that the only species that matters is humans.

My mother threatened to have me put in a mental institution because I objected to eating meat.  It was easy to have someone certified insane back then.

I also didn’t understand racism or the fact that there was something wrong with people that weren’t heterosexual.

I argued with my peers at high school that there were double standards for women.  At this time women had no rights and no status. Ones status came from one’s husband. We were not allowed to buy houses, property or businesses. Landlords would not rent to separated women. I had a government job working with computers that I had to give up because married women were not allowed to hold government jobs. Married women were not supposed to work.

What really got to me, was that all women were meant to be virgins and all men promiscuous. When I commented as a joke “How does that work?!” I was shouted down and told that it was the way it was meant to be.

I was also involved with Animal Lib and Greenpeace back when we thought that a few people could make a difference.

In 19882 the husband of one of my staff asked me to report that suckie calves were left to die of dehydration and starvation. I phoned the RSPCA and was called a liar and a trouble maker: I put something in writing but it was ignored

This still happens: I know people who work at the abattoirs and those who go to buy stock and was told that it happens to all newborns not just calves.

The friend who worked there said the drug companies requested this. And someone else told me that this was because hormones form in the newborns tissues when they die this way and these hormones are harvested.

I do my best to avoid supporting the meat industry: Drug companies: cosmetic companies and household product producers that test on animals: but it isn’t easy!

We as humans are progressively destroying every other life form on the planet.

We are way beyond plague proportions.

Zero population growth would be a good idea. 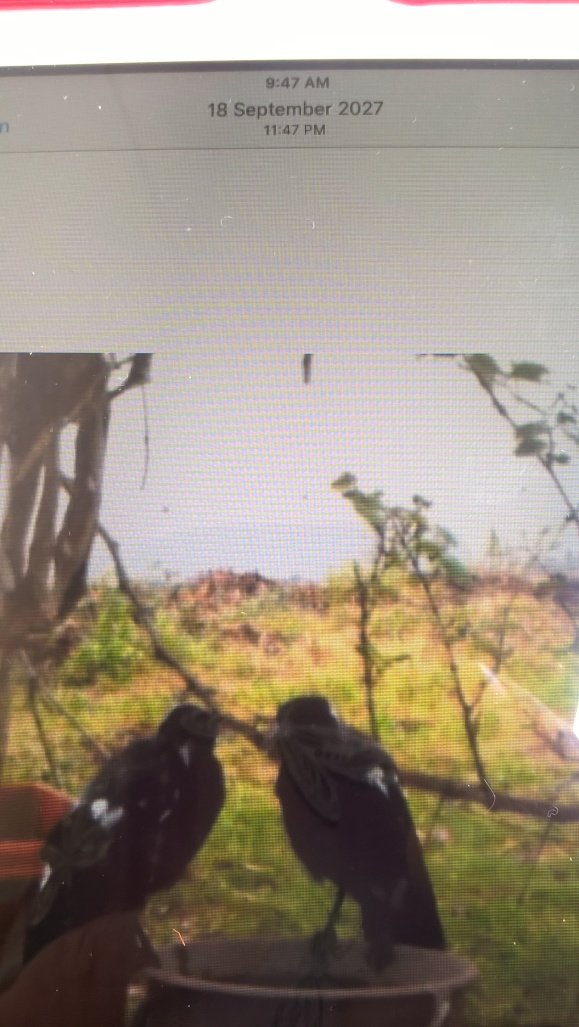 These babies were run over a couple of days after I took this photo.

Look at the date on this photo!

It was 2012 and I was at the computer reading something about 2012 being the end of the world and thinking what a load of crap! — When —

2027 appeared on my computer screen in huge numbers.

No idea why. Some sort of error I guess:

But part of me tries to put a meaning to this:

I seriously doubt it but the way humans are going wont be too much longer before there are no resources left!!!!

In April 2018 a few of us started sending healing to the ecology at 2000 hours South Australian time every night. Join in if you care.

I wrote this short story  as a satire on human arrogance and as “sympathetic magic” : Like all books and movies commenting on human’s destroying the planet it is only preaching to the converted.

Enjoy your day and please be kind and respectful to non human life forms.