The Only Thing Necessary for the Triumph of Evil is that Good men Do Nothing—JFK?

This is actually my last blog re posted and changed a wee bit!

I changed the title because the last title seemed in appropriate

At a recent podiatrist appointment: someone I have never met before:

We had the most interesting conversation: hence this blog.

He said he thought that humans were alien to this planet.

He was telling me about a tribe in Africa that spoke to and thanked the animal they were about to kill and I discussed my disgust of our meat industry.

So called civilized humans label cultures that live-in harmony with the environment and respect other life forms as primitive.

The husband of one of my staff in 1982 asked me to report that suckie  calves were left to die of dehydration and starvation.

The person that I spoke to at the RSPCA called me a liar and a trouble maker: I put something in writing and was ignored: Over the years I have heard many horror stories about the RSPCA

This still happens!  I have been informed by people that either work at the abattoirs or visit same that all newborns are left to die of dehydration and starvation. Someone that worked there, told me that the drug companies requested this: and my  podiatrist explained to me why he thought this so.

The drug companies harvest the hormones produced from their death.

If there were not so many humans on this planet, factory farming and the abattoirs set up wouldn’t happen.

The meat industry and drug companies are powerful multinationals so the chances of changing this seem slim: yet one of my sociology lecturers pointed out to me that things will change if enough people want this change! 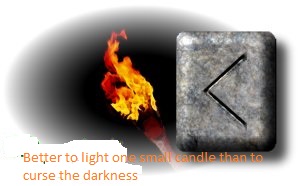 If humans had any sense at all they would have implemented zero population growth long ago.

But as I said in a previous blog, to fit in with the human culture it is necessary to be a mindless automaton: to be successful in supporting the Protestant ethic one must be a sociopath and a narcissist.

I wrote that I wished people would care more about looking after nature and the planet than money.

Seeing that this is never going to happen in my life time or possibly ever!

I wrote this short story for myself and as sympathetic magick

A Short Story About Healing The Blue Planet Kindle Edition

Think I may turn it into a movie: as apparently not many people read these days 😛

But serious you can read a sample for free 😀

← Are Humans Indigenous To This Planet?
The Only Thing Necessary for the Triumph of Evil is that Good Men Do Nothing. John F. Kennedy? Continued: →