Decades ago I researched the “Inquisition” as part of a lecture I was giving on Wicca.

It started out as a means of getting rid of practitioners of the Old Religion and the women herbalists who were replaced by male doctors.

It became a money-making concern. Not only were the torturers and executioners paid but someone who wanted someone else property or position would accuse this person of being a witch and they would be tortured: even the pope would confess to the accusations after the third degree of the torture.

This torture and execution continued for several centuries.

I was in women’s liberation and I remember when, if a woman dared accuse some one of rape, she was portrayed in the law courts as a slut that deserved same.

There was a joke that there couldn’t be rape because “A woman can run faster with her dress up than a man with his pants down”.

So I was initially pleased when sexual assault accusations were taken seriously.

But this in my opinion has turned into a witch hunt, ruining celebrities lives.

Some of these celebrities are no doubt guilty but some, in my opinion, are not.

Even before I took screen studies (now called media studies ) in the seventies I was aware that the media could edit and alter both interviews and film footage to make it appear completely different than it originally was.

The following “ad” hasn’t been altered   😛

My book “The Clairvoyant Experiences Of A Sceptic” is available in paperback but unfortunately in Australia it is still only an E Book: hence Aussies are paying postage for the paperback.

I am now set up to receive payment via PayPal for genuine clairvoyant readings.           You can pay online using your credit card, debit card or PayPal.” Just send me your email address for the invoice.

I  put the price up a little to cover my costs so online readings (via Skype or Messenger) are now $60.00 and emails $50 (With emails just email a recent photo)

To contact me the easiest would be via email katscho@iinet.net.au

(I am still able to see some aura colours and see and communicate with people that have “passed over” even though it is via electronic media.)

Look forward to hearing from you.

The photo on the book and now my business cards was taken when I was 46: Twenty three years ago. 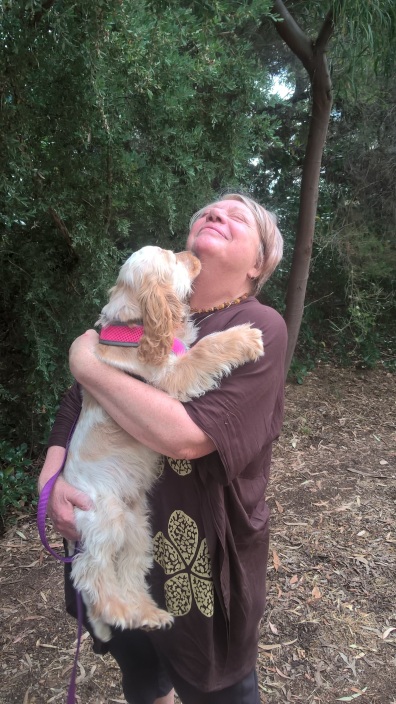