It has become a self-fulfilling prophecy

Posted on April 5, 2020 by clairvoyanceetc

When the panic buying first began most people that I spoke to, agreed

Now the panic buying has created the problem.

= A self fulfilling prophecy.

If I ever think that I am immune to crowd mentality I just have to remember 1964 when I stood on my chair at a Beatles concert screaming “John I love you” and then leaving thinking that I had not heard one song because of the noise. 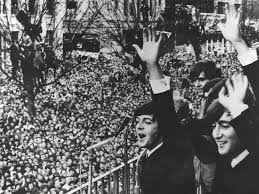 There is absolutely no need for me to share the following resentment:  but sad to say  after almost a life time of physical and mental abuse I rarely forgive or forget.

At the end of last century  I shared at a “so called” support group that something had  become a self-fulfilling prophecy. The man that shared after me, abused me saying he wasn’t interested in hearing my “hair fairy bullshit” — so much for support!

Self fulfilling prophecy is a psychological fact.

Still lots to be happy about.

And there is “a light at the end of the tunnel”

And be kind to non-humans