I am able to accept overseas clients.

You may use debit cards, credit cards or PayPal

Send a recent photo of yourself to

These are genuine clairvoyant readings hence I require a photo of you as I am reading you and anyone who has passed over around you. 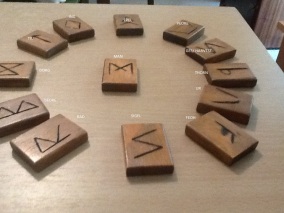 If you don’t wish to read any further please just read the last paragraph re the incident that convinced me clairvoyance was “real”.

In the 1970’s I was intrigued by psychic abilities.

I read what few books I could get related to this.

One was on quantum physics but called quantum mechanics back then.

Another a friend at Teacher’s College loaned me:

it was a book by Jane Roberts “Seth Speaks”:

She also took me to lectures on Spiritualism, Wicca and associated philosophies.

These were run by a Spiritualist minister and held at the Gawler Town Hall: Gawler South Australia.

(I attended teacher’s college as a mature student in the 1970’s because it was free, thanks to Gough Whitlam)

I started consciously “seeing” ‘people that had passed over in the seventies and we were most definitely the lunatic fringe back them:

along with people that cared about the environment and animals.

I was in Greenpeace (which actually cared about the ecology) and Animal liberation.

I was in Women’s Liberation:

These days it has gone to ridiculous extremes.

I rarely told people about clairvoyance in the seventies and early eighties to avoid ridicule.

I was also ridiculed and abused for being vegetarian.

I was even ridiculed for recycling.

The Spiritualist minister who organised the “talks” at the Gawler Townhall ran psychic development classes:

but the first time I attended she supposedly went into” trance” now called channelling.

It was so phoney that I never went back.

I was fortunate to get into a group run by another Spiritualist lady Stella.

Stella was not only an amazing clairvoyant she advocated our being ethical.

One thing she told us was never to tell someone something bad in their future (unless we could tell them how to avoid this) because the person could make it happen (nocebo) and we could be wrong.

And when Stella went into trance it was genuine.

The incident that convinced me that clairvoyance was a reality happened at work.

I was a student nurse at Strathmont Centre.

I was washing dishes with a male staff nurse.

We didn’t have kitchen hands in those days.

Kym was six feet tall and rather heavy set and had longish blonde hair.

A man (deceased) flashed in

He had Kym’s high forehead and similar features but wore a suit with a crepe ribbon and a cross and had a short back and sides haircut and dark hair.

I asked Kym if his father was a minister. He asked me why and initially I would not answer.

I eventually told him what I saw and Kym told me that it was his uncle. He asked me what denomination his uncle was.

I did not know.

After Kym left the kitchen I asked his uncle, whom I could no longer “see”, what he had died of.  The words were that fast all I could make out was “sclerosis”.

Because we were with the intellectually disabled I thought “tubular sclerosis?” Then I realized it must be multiple sclerosis.

When we were having a tea break Kym told me that his uncle died of multiple sclerosis.

I was amazed and said that his uncle had “told” me this!

I informed him that I couldn’t.

But I “saw” panama hats and monkeys.

I said “He was a missionary in South America”

I then saw masks and a jungle and said he was also a missionary in New Guinea.

Kym told me this wasn’t so.

When Kym came to work the next day, he said that his mother had confirmed that her brother was a missionary in New Guinea.

This showed that I wasn’t just reading Kym’s mind.

I “asked” (clairvoyantly) when the worst  would be over (re covid19):

and be kind to non humans

and to copy Ellen (someone that I admire) – be kind to one another.

← GENUINE CLAIRVOYANT READINGS via Email
SOMETHING TO DO WHILE ISOLATING →