Posted on December 21, 2016 by clairvoyanceetc

This information is just to inform not undermine your spiritual beliefs : 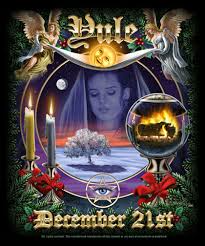 After the emperor Constantine made Christianity the religion of Rome there was a meeting at Niacea to decide what to put in the New Testament and what to leave out..

With a huge empire it was easier to control the masses with a religion. Hence the Inquisition to get rid of the Old Religion and the women healers who had– herbal remedies: contraception and abortion and replace the with men who used leeches and blood-letting: Couldn’t have contraception if you wanted to populate armies.

The Wheel of the Year  is from my Book of Shadows: