Sadly I belong to the most dangerous species on the planet!

To begin with the human population would be vastly less than it is. All the damage we humans have done to this planet and the ecology would be healed and all the species we have made extinct would be restored.

The human plague problem is easily solved by implementing zero population growth i.e. one child per couple but this solution is culturally unacceptable. Azimof wrote a novel called the Gods themselves The social satire was that science had to provide a solution for a problem because humans refused to apply the simple and obvious one!

I realized long ago I must work in the microcosm before I can influence the macrocosm. I have done; and still am, doing what I can to change things that I believe to be wrong. I have seen some changes for the better. But nowhere near enough.

I In the 1970’s I was in Animal Liberation; Greenpeace; Women’s Liberation. Greenpeace informed us way back then that we had destroyed this planet beyond repair.

In later years I joined “Trees for Life”. All these organisations were started by people who really care but humans apparently mess everything up and the organisations end up money-making bureaucracies; with mindless automatons just giving lip service to the original principles, thinking it trendy. 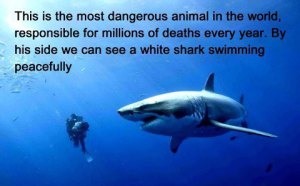 I get told not to feed the magpies because I am stopping them from finding their own food. Well they eat mice but humans poison mice: The magpies eat worms but humans concrete their properties and bitumen the roads. So magpies have to kill other birds to eat; hence I feed then to prevent this.      A few nights ago a moth kept throwing itself against my kitchen window even though the curtains were closed. I turned off the light but the moth didn’t survive. It reminded me of when I was in primary school and we were learning about Albert Schweitzer. Our teacher told us that he used to be upset because the moths hurt themselves being attracted to lights. She found this strange. I feel the same. I must be strange!

When I was very young and found out where meat came from I refused to eat it. For this I received a bashing and my mother told me that I would end up in a mental institution for being strange. (Here’s that word again-“strange”?!). The same meal was put in front of me for breakfast, lunch and tea until I ate it.

Carnivores tell me that the meat industry is nature. DER! There is no adrenaline rush from the hunt: No respect for the animal giving up its life: just queues of animals watching others being slaughtered!

I get emotional thinking of the scape goat. What an existence!

Factory farming is horrific. I just won’t start on that one!

Use of animals in laboratories even more horrifying!

If we deliberately ran over another person we would be up for murder but people are allowed to run over birds, animals and reptiles because they are on the road.  I just don’t get the arrogance of people thinking they are the only species that matters.

Humans are prosecuted for destroying property but destroying the environment is considered progress. Locally the real estate companies have destroyed heritage bushland by bulldozing or burning. They then sub divide and build houses so more of the most dangerous creatures on the planet can live here.

Movies like Avatar or The Day the Earth Stood Still are only preaching to the converted.

If anyone one has even read this far maybe you would join me in one or all of the affirmations that I do daily. Just from a psychological and sociological point of view the more people that believe in something, the better chance it has of happening.

Affirmation: “Humans show love and respect to all life forms especially their pets mother earth and one another” : “There is zero population growth of homo sapiens” “All humans are vegetarians”: “Factory farming and meat industry abolished; Laboratory use of animals abolished”

← The Good Old Days
Everyone IS Clairvoyant →