I Am A Misfit

Posted on October 10, 2018 by clairvoyanceetc

(Poor Christie: I certainly wouldn’t hold a cat like that now! I loved him:

He was my very first pet.)

a person whose behaviour or attitude sets them apart from others in an uncomfortably conspicuous way.”

When I was younger it worried me that I didn’t “fit in”.

I just couldn’t accept the societal norms of my day.

The younger generation  look back on the 50’s 60’s and 70’s and wonder how people could possibly think that way:

I was around then 😛

Women had no rights and no status:

Ones status came from ones husband:

There were no women’s shelters :

A husband had the right to bash his wife: she was property and obviously deserved it:

Never understood  how that worked 😛

In high school when I commented to my peers that there were double standards, I was told that this was the way things were meant to be.

I was in Women’s lib: — all we wanted was equal rights.

It has now gone to ridiculous extremes.

I used to believe a few people could make a difference:

I was in Animal Lib: Green Peace and later Trees For Life —These have become impotent bureaucracies achieving nothing and mostly populated by mindless automatons trying to be trendy. My apologies to those who still actually care.

I still do what I can in the microcosm:

I move animals, birds and reptiles off the road.

The following I recently put on FB:

“I have one baby magpie living on my property now. Please send protection (or prayers) to all the baby birds. The picture was taken in 2012 and both babies were run over two days later. The young one’s panic around cars and don’t know which way to go!” 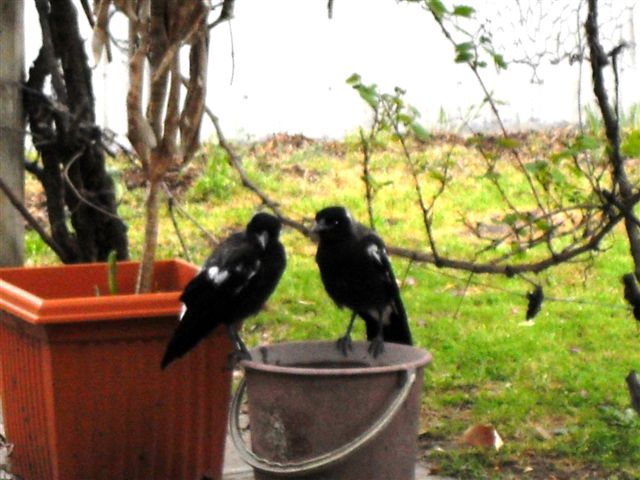 I have been a vegetarian since the 70’s and still cop insults from idiots who think we are deviant?

And I recycled way back when no one else did. I was ridiculed for this too?

I don’t use plastic wrap.

I don’t use poisons on the garden: (one of the many reasons I stopped working for bush care they insist we poison non indigenous species and kill non indigenous life forms e.g. cats which I would not do: Strangely enough non indigenous humans were exempt from this! 😛   )

I won’t pretend to like some one that I don’t and if I have a problem I will say so to their face not behind their back. Unfortunately I tend to say “Fuck off” before I explain why I am angry.

I have never watched a “soapy” or reality TV show: They just don’t interest me.

“Days of Our Drearies (Lives)” started when I was twenty, I think? I can remember telling friends that I didn’t watch it and they would still talk to me about the characters as if I knew who they were. Go figure?

I think reality TV shows from what I have seen on promos are to replace public executions and similar blood sports: Oops that has started me thinking about dog fights.

We were recently talking about the fact that the small dogs that are stolen are thrown into the dog fights: I thought that it would be a good idea if anyone involved in dog fights (including the audience) were thrown to the lions or the crocodiles and then they would get a first hand experience of being ripped apart, something they apparently enjoy watching!

If I had a “bucket list” it would be to make the world a better place for non human life forms.

In my old age I am noticing that there are more and more people that care about the environment and non human life forms: 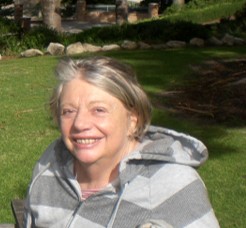 I am still promoting my non fiction paper back myself as I cannot afford to pay Amazon.

I love the writing styles of  people whose blogs I follow so if any of you read this far and have any ideas on advertising I would appreciate the feed back?

But I would like some positive reinforcement before I die.   😀

I thought of putting: – “THIS BOOK WILL CHANGE YOUR LIFE!”  But it wouldn’t be true. My experiences changed how I see the world but it would require that you experience  similar to have a profound effect. Hopefully my book will encourage people to seek a similar experience. There are so many stories that I didn’t include so as not to break client confidentiality.

I am not interested in converting anyone nor do I want attention or recognition (I am an introvert): Nor is it the money I get just over a dollar per book:  I just wanted to tell my story 😀 If you follow the link then click on “learn more” above my not so recent photo you may read a free sample.

A friend who attends the same podiatrist as I, told me recently that this health care professional said that I was a very interesting person.

I consider this the best compliment 😀

I only charge $50 Australian for readings ($60 online to cover costs — or only $50 for a reading via email –katscho@iinet.net.au) and I am aware that people think if something is inexpensive it isn’t any good.

But I do readings because it is something I love to do, as is writing.

and be kind to non human life forms